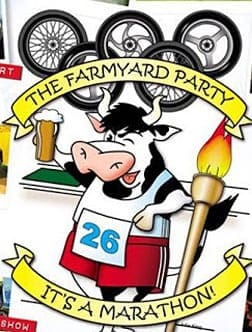 Over the next few days, the BSH Blog will be bringing you a countdown of the stuff you can expect from this year’s fabulous Farmyard Party. We’re not going to tell you everything at once because then it wouldn’t be a surprise and, besides, we can’t remember so much stuff all at once. Anyway, here’s a taster of what you can expect from the highly-rated Blues Bar over the weekend… The Boneshakers will be playing in the Blues Bar. From the North East, they did an appropriately storming set at last year’s Stormin’ The Castle, playing top class blues. Here they are at STC, with guest vocalist, Nick Jennison of Redhouse.

Headlining in the Blues Bar on Friday will be the Nicol Band’s Rhythm & Blues Al-Star Extravaganza. Guitarist Les Nicol has played with a host of big names and he will be joined on-stage by a line-up of special guests. Check out this super cool version of Don’t Let Me Be Misunderstood.

On Saturday night, Adrian Byron Burns of Bill Wyman’s Rhythm Kings kicks things off, flying especially from his home in France for the Farmyard Party.

This is probably the best line-up the Farmyard’s Blues Tent has ever seen. And, during the afternoon, you can chill-out to Stevie Simpson and Keith Cheeseman or, if you’ve got the courage, get up on stage during the Stringfellows Open Mic session. Next time, we’ll bring you more music news…. Your can get more information and buy tickets HERE.