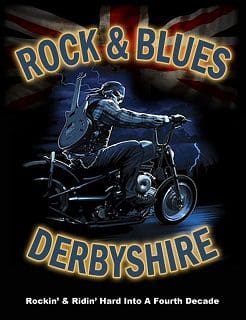 The Rock and Blues Custom Show 2015

Set in the Amber Valley at the foothills of the Derbyshire Dales & Peak District National Park there couldn’t be a better setting for this type of event anywhere in the country with legendary biker haunt Matlock Bath just a stone’s throw away, the areas roads are some of the best in the country for riding and the picturesque views on route the events location are breath taking to say the least.

This event the Rock & Blues comprises of three live music stages and a two day indoor Custom Show which also includes a huge bar with seating & recreation area and reasonably priced massive stock of all the usual Lagers, Beers, Spirits, Real Ales & Cask Ciders, excellent campsite with top notch amenities and is one of the best full on weekend parties in the United Kingdom.

The RBCS was once one of the biggest of its kind but over the last few years the event’s organisers have taken it back to its roots so as it is no longer so over commercialised and it has become once again more personalised to you with a very family friendly atmosphere for all to attend and enjoy from children to great grandparents.

The Custom Show this year goes back to its original two day indoor format starting from Friday morning through to Saturday afternoon which climaxes with the prize & trophy presentations over on the outdoor second stage, organisers are pleased to announce the involvement of Back Street Heroes magazine in this year’s custom show as one of its main sponsors.

There is so much more TBA about this year’s show, without a doubt the best party around this summer.

Early-birds could get tickets for £30, normal admission after early-bird promotion is £40 or on the gate £45

Check out all the updates on the new website as & when they are confirmed at www.therockandblues.com where you can also purchase admission tickets and see all FAQ, directions, facilities & what’s on and when.