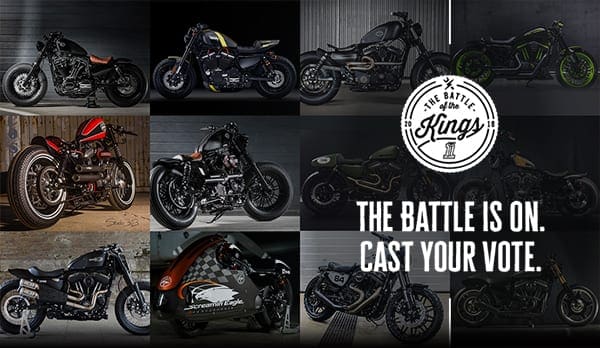 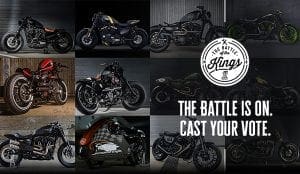 With the opening of the 2018 BOTK voting hub, motorcycle fans can vote online for their favourite entry. For the UK & Ireland, these votes will generate a shortlist of five entries to be judged by an exclusive panel of guest judges in order to select the overall winner. The lucky finalist will then go head-to-head against other regional finalists at a Grand Final to take place at Milan’s EICMA exhibition in November 2018. The UK & Ireland round of judging will take place at The Carole Nash MCN London Motorcycle Show, February 16-18.
Motorcycle fans will be able to vote for their favourite Battle of the Kings 2018 motorcycle until Monday, February 12. To register a vote and for more information about this inspirational customisation competition and Harley-Davidson Dark Custom, please visit https://customkings.harley-davidson.com/