The Can-Am Ryker is not only the lightest and slightest of the Can-Am three-wheeler range, it is also the one with the styling most like a motorcycle, looking far more bike-like than the company’s bigger Spyder, which Nik tested a while ago.

The manufacturer, Bombardier Recreational Products (who also make snowmobiles, jet-skis, off-road buggies etc.), refer to them as a ‘unit’ rather than a trike or bike and, incidentally, the ‘Y’ in each model’s name is a reference to the chassis layout, and the logos show that the top legs of the ‘Y’ represent the front wheels, with the lower leg being the rear.

There are a few different models of the Ryker, and this is the Rally Edition – the top-of-the-range model with the 900cc triple Rotax engine, with the entry level version having a 600cc twin cylinder powerplant, again from Rotax. The Rally is equipped with different wheels, slightly knobblier tyres, hand guards, an extra inch of ground clearance and a sump guard to protect the bottom of the engine, all of which suggest that it is more directed at off-road shenanigans that the standard model. While this may be true to a certain extent, it most certainly isn’t a green laner or true off-roader, just a little more adept at handling rough back roads, tracks, forest fire roads and the like. Roads like the gravel tracks in the Algarve that you can see in the pics here. Or the rough and ready, pot-holed abominations of the Queen’s Highway after Brexit perhaps?

Like many new machines, there’s something of a different starting procedure with the Ryker. With the ignition key clicked on to the little bobble by your left knee, and the killswitch flicked to ‘on’ you press the starter button, which brings the vehicle’s electrics alive. You then need to roll the throttle forwards (it rotates a tiny bit forwards from a closed throttle), and then press the starter button again (but with your foot on the brake pedal) for ignition. The triple cylinder engine sounds lovely, just like any other triple, with a sound very reminiscent of Triumph’s inline threes, but without the sounds of rattling spanners that comes from the Hinckley triples at tickover. Keeping your right foot on the brake, you lean forward to flick the over-centre lever that operates the parking brake (near your left knee) and then release the foot brake and roll the throttle on for forwards movement, easy peasy! There is a slight lag on take-up from the drive, and if you hit the throttle hard there is a judder on take-up, but this can actually add to the fun a little as it helps to break traction on the rear tyre, but more on that in a minute…

To accommodate varying ergonomics, the bars move fore and back by about two inches, and the footpegs can be slid backwards or forwards by a good 18 inches or so too. The best bit about this is that it is so quick and easy. The bars have a single over-centre clip that locks them in place, flip it up and slide the bars to wherever suits. The footpegs are similarly simple – flip the footpeg up, and then slide it back and forth. This is a little more difficult as dust and dirt accumulated on the tracks mean that they don’t slide quite as easily as when brand new, but it’s still easy enough, even if it needs a concerted tug. The brake pedal is easily adjustable too, just pull it directly outwards on its mounting shaft, rotate it to where you prefer, and then slide it back in on its shaft. Simple pimple. What this means is that two people of very different statures can both ride the same machine with no issues. As an example, two of BRP’s staffers – the sky-high Dutchman Olaf and the doll-like Elizabeth – could easily swap between machines within seconds. Personally, I chose to have the bars at their most forward position, and the pegs at the most rearward – maybe a strange combination but one that I found most comfortable. I’m not a fan of forward controls as I like my legs to give some support to my lower back, and to also have the option of standing up on the pegs when riding over speed bumps and the like.

The Rotax lump fires out 82bhp which, in the modern world, isn’t massive for a 900cc triple, but it does make for Can-Am’s best power-to-weight ratio in the range, and a lower output does result in a 200-mile range from the 20-litre tank. A slight oddity is that the unit uses continually variable transmission. Older readers will remember a number of vehicles that had CVT transmission, such as buses and, particularly, the Variomatic system on the DAF 600 car, and how god-awful it was to use. It was never a particularly sporty system and, it has to be said, still isn’t. It does, however, have a number of reasons why Can-Am have chosen it for the Ryker. Firstly, it’s easy to use – no gear selection whatsoever, no requirement to operate a clutch, and it also allows for a compact engine and transmission package ideally suitable for the three-wheeler’s chassis. And it means that your left hand and left foot have nothing to do apart from look pretty. Until it comes to the time that you need to reverse, that is. On the left-hand side, just above and to the front of the footrest, is a lever that needs to be pulled back to select reverse. Once you’ve undertaken the reversing, you can easily push the lever forward with your left foot to re-engage forward drive.

There’s a few other neat touches too, such as the easily accessible rear shock adjustment, which is a knob under your right thigh (insert joke here); the neat ‘glove box’ in front of the clocks that also has a pair of USB ports for easy charging of your ‘devices’; and the fuel tank filler cap that is a cover that slides back from behind the bars.

Those of you who know me will be aware that I have very little respect for rider aids. I’m not talking about safety aids such as anti-lock braking (although I’d always like to have the option of turning it off, for shits and giggles as much as anything else), but the multitudinous array of knobs and dials on many modern bikes is just daft. However, the Ryker doesn’t have many options, and they can be pretty much ignored – just click through the screen options to ‘Sport’ mode and you’re sorted – but the Vehicle Stability System is overly intrusive when you start to push the boundaries of what it can do and, as the factory blurb states: “it applies the brakes to the wheels individually and/or reduces excess engine torque until riders regain control”. This may sound like a harsh opinion to have for a road test in a custom bike magazine, and more like the sort of extreme road test that a sportsbike magazine might print, but the truth is that the Ryker isn’t especially fast, it just feels like it is. This, in my book, is a Good Thing.

So, the Ryker has an Eco (i.e. standard) riding mode, a Sports mode and, on this model, a Rally mode too. The Rally mode allows a greater loss of traction at the rear end, allowing you to hang the rear end out on loose surfaces, but it switches off as soon as you reach 55kph or so, so is only really useful if you’re riding the sort of gravelly tracks and back roads that we were in Portugal, although if you were doing some very mild green laning, or on some sketchy back roads with gravel, dirt and field run-off, or on a rally camping field, you could flick it into Rally and have a bit of tail-out fun.

Eco mode isn’t really necessary, unless you have a lot of miles to travel and not much fuel, so Sport mode is the one for road use. It’s enough to allow you to spin the rear tyre from a standstill (and it does become addictive, at each and every traffic light, roundabout and pedestrian crossing) and to hang the back out a little on tight turns. But the stability control does start to get intrusive when you really start pushing it. It’s rather impressive when you’re just starting to push the front end in corners, mildly applying the brake to whatever wheel the black box thinks needs it, but if you really fire the unit into a corner and then whack open the throttle to get the rear to hang out a little and make it turn a little tighter with oversteer, the electronics has a bit of a brain fart and applies the brakes, slowing you down and sending you wide. It’s easy enough to avoid this with a ‘slow in, fast out’ mindset which is, of course, the safest way to ride a road that you don’t know anyway!

As I said, it feels faster than it really is, so you get your kicks at a safer speed than you would on any modern sportsbike or in any modern car, although it does come as something of a shock when you glance at the speedo thinking that you’re really going for it, only to discover that you’re travelling at only a little over 60mph! The handling actually gets a little twitchy at these sorts of speeds – I never saw more than 130kph (about 80mph) and at that kind of speed the front wheels really react to road camber, and bumps and divots in the surface, kicking the bars a little in your hands. It’s not a big problem, just a little unnerving until you get used to it, although whether I’d be happy with the twitchiness on a wet and busy M6 on a dark November night might be something different…

BRP are clear in who the Ryker is aimed at, and it’s not experienced motorcyclists, regardless of their statement that “there’s a ride for every rider”. It’s for people who haven’t got a bike licence but who want a taste of what motorcycling is all about. You can ride one on a car licence, and you don’t have the complications of learning to use a hand clutch and foot gearchange. There’s also the point that, thanks to the minimal controls, the Ryker is ideal for riders with disabilities. If your regular ride involves lots of traffic to slice through, this won’t be your first choice, but if you live in an area with little congestion, have access to some gravelly or slippery backroads, have a commute with loads of roundabouts (i.e. Milton Keynes or Telford), have a disability that precludes use of your left arm and/or leg, and/or you want everyone to look at you, then the Ryker could be a good choice. Actually, if I lived in Milton Keynes, I would definitely want a Ryker for the days when the roads are wet, but I’d prefer it if it had a manual gearbox and clutch, so that my left limbs had something to do… Regardless of my thoughts, and given that there are already more than 15,000 Spyders on the road, globally, then you can be certain that the Ryker will sell at least as well, if not better.

For more info on the CanAm Rallye, visit your local CanAm dealer, or surf on over to www.brp.com 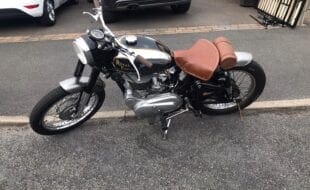 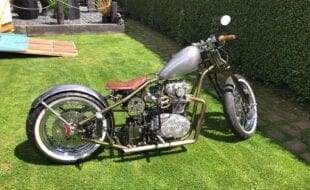 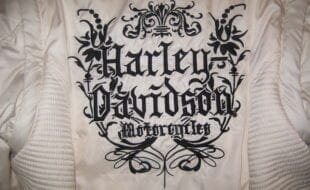